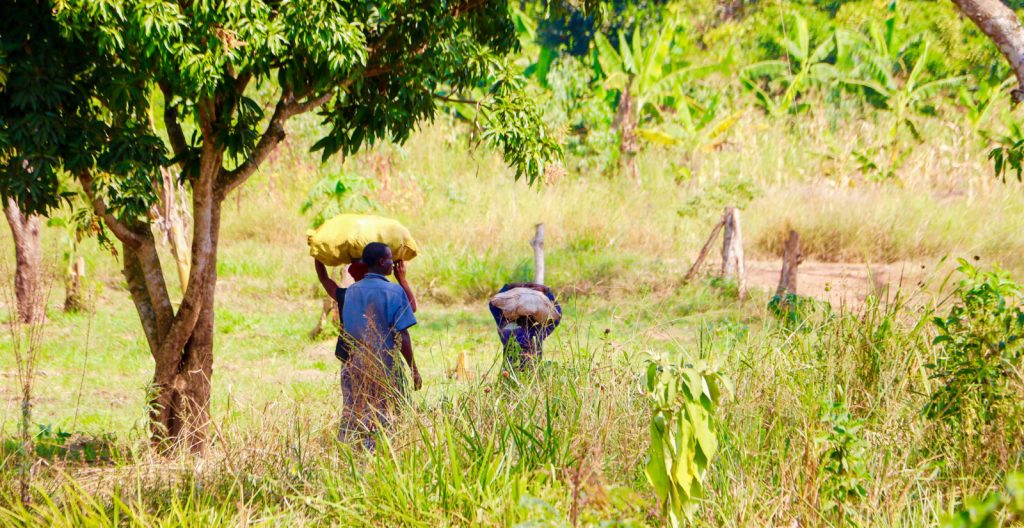 Who we work with

The Bethany Land Institute forms catalysts for rural transformation in Uganda through an integrated education program in sustainable land use, economic entrepreneurship, and spiritual formation. BLI is a response to three major challenges in Uganda: environmental degradation, food insecurity, and poverty.

Our goal is to be an institute of the poor for the poor. BLI welcomes students from the poor rural communities, especially those who have dropped from the national education systems.

Our work in Uganda

BLI is founded on a simple principle that taking care of the land is sound economics. Thus, the BLI program insists on the values of stewardship, hard work, a simple life-style and a culture of saving.

The Institute will make a measurable change among those who are oppressed with food insecurity, deforestation, and poverty. We are committed to bring dignity back to farming, to train the farmers of the future, and to enrich the land with trees and fertile fields. Through the Spiritual Formation curriculum we instill in each staff member and student a love for the land and for all of creation. The desire of BLI is to rebuild into those who have been disenfranchised a sense of self-respect and a sense of respect for others based on teaching virtues that embrace compassion, dedication, organization, resourcefulness, imagination, accountability, simplicity, and purpose.

BLI is located in central Uganda, in the Kasana Luweero Diocese. The Institute rests on two campuses comprising 260 acres on the southern end of the village of Luweero. Luweero is about 60 kilometers north of the capital, Kampala, the land is very near the Kampala-Gulu highway, a major Ugandan thoroughfare.

BLI’s location in Luweero is strategic for at least two reasons. First, Luweero was the site of some of the bloodiest clashes in Uganda’s prolonged civil war (1980-1986). The effects of the civil war, which left tens of thousands dead, homes destroyed and many people displaced, are still visible. Secondly, Luweero provides a good lens into the problems of deforestation, food insecurity, and poverty which are experienced in much of rural Uganda.

Uganda has the 4th fastest growing population on earth, growing from 23 million people in 2000 to 44 million in 2019. 52% of the population is under the age of 15. Uganda’s growing population, coupled with inadequate or nonexistent government energy and ecological policies, has led to mass and rapid deforestation as trees are cleared for firewood and for unsustainable farming practices. 28,000 sq km of forests have been lost since 1990. Global warming, reduced and irregular rainfall, and depleted top soil cover has already created a crisis of reduced food production. As the land becomes more arid and less productive, families seek bigger plots of land to grow food. Land issues are increasingly becoming a major source of conflict in Uganda. The lack of viable economic activities in rural Africa is a major challenge especially for the youth. Those who are educated feel there is nothing for them to do in the villages – and often end up in slums on the city edges. Those who remain in the village engage in ecologically disastrous tasks like charcoal burning and brick-making, which involves the cutting of trees and digging out of marshes. The lack of viable economic options not only contributes to the ecological crisis, it undermines the dignity of millions of African young people, who increasingly feel unwanted, excluded and a failure.

In 1981 Uganda’s current President, then gorilla militia leader, Yoweri Museveni launched his campaign to overthrow the government from Luweero, moving towards the capital, Kampala. His campaign left tens of thousands dead, and carved out an especially bloody history for the area.

Yoweri Museveni became President of Uganda in 1986 and remains President today. Under his administration the civil war ended, and now that most of Joseph Kony’s LRA militia has disintegrated in northern Uganda, the country is at relative peace. While peace has come to Uganda, prosperity has not.

Luweero District  is home to 440,200 people. 52% of the population is under age 15, and 19% of the population is under age 5. The literacy rate is 78%, and the average primary school class size is 55 pupils per teacher. Most residents live in rural areas (83%), and 78% of people depend on agriculture as their primary source of income. Only 57% of the population has reliable access to clean water, and only 9% of the population has electricity in their homes. The region's population is 32% Roman Catholic and 37% Anglican. As the statistics suggest, Luweero is an incredibly poor, young area. Most young people think their only hope to break out of poverty is to move to Kampala. Examples of successful farmers in the area are few and far between; in part due to transformation in the land, as a result of climate change, and lack of technical farming knowledge.